I am not a sweets lover.   Give me a bag of potato chips and I’m a happy camper.  That was until my friend Jen brought over her scrumptious S’mores Bars.

I wanted just the slightest bite from one of my kids bar.   After taking the bite, the sky opened, the harps played and I thought I had died and gone to heaven.  The slight bit of salt mixed into the sweet and sticky marshmallow, and that nostalgic bite of a Hershey bar all combined perfectly by a not overly sweet graham cracker  dough.  OMG!!!!!

Certainly this incredible mash-up must have been hiding in someone’s recipe vault for years.  I had never …ever…heard of S’mores Bars before.  But alas, it wasn’t.  Jen found it online.   She said her twins were wanting S’mores a lot and she just didn’t want to deal with the whole process of making them again and again.  Building a fire or lighting the grill,  finding something to roast the marshmallows on.  And the sticky finger mess of two young kids…yup… I AGREE 100%.

Whatever magic led her to this amazingly delicious treat, I’m so thankful for it.  So now let’s get cooking!

In a large bowl or stand mixer, cream together butter and sugar until light. Beat in egg and vanilla. 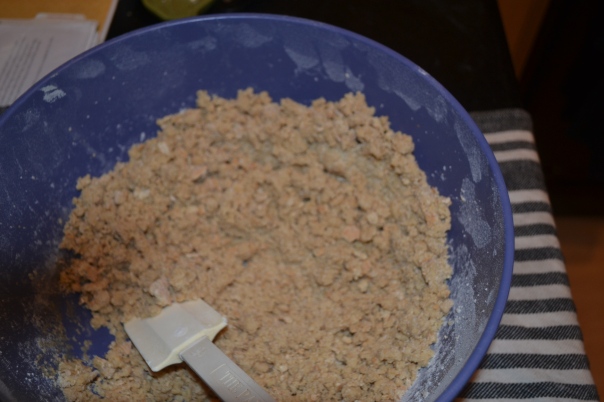 Add the flour mixture to the butter mixture and mix on low speed until combined.

Divide Dough in half. Press half of the mixture into an even layer on the bottom of the prepared pan. 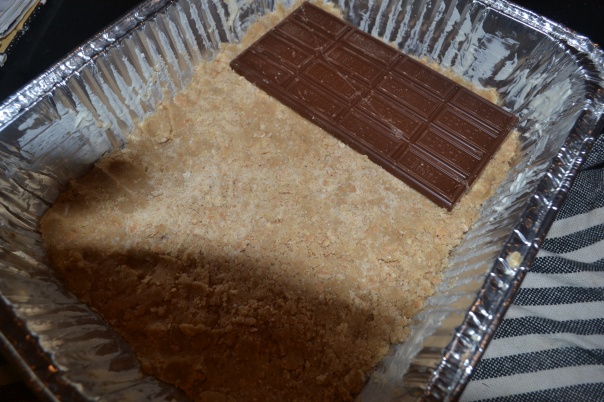 Place chocolate bars over dough in a single layer.   You may have to break up the bar to make it fit.

Spread marshmallow fluff evenly over the chocolate layer.   Hint, grease your spreader with non stick spray or butter so it doesn’t stick too much.

Place remaining dough in a gallon size zip close baggie. Using your palms, or a rolling pin, flatten the dough out the full width and length of the baggie.   Use scissors to cut three sides of the bag and open it up carefully and flip it on top of the marshmallow. Carefully peel the bag up.   SPread the dough where it is uneven. 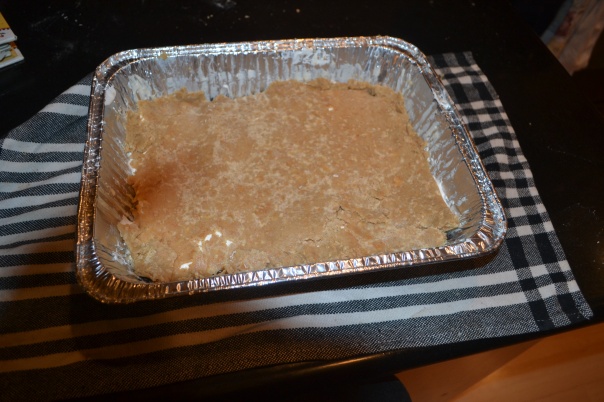 Bake for 30-35 minutes until lightly browned. Cool completely before cutting into the bars.